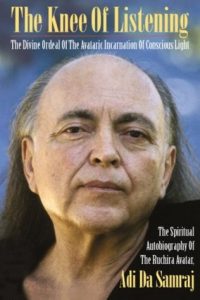 The man of understanding is not entranced. He is not elsewhere. He is not having an experience. He is not passionless and inoffensive. He is awake. He is present. He knows no obstruction in the form of mind, identity, differentiation and desire. He uses mind, identity, differentiation and desire. He is passionate. His quality is an offense to those who are entranced, elsewhere, contained in the mechanics of experience, asleep, living as various forms of identity, separation and dependence. He is acceptable only to those who understand.

At last he represents no truth at all. Therefore, his living coaxes everyone only to understand. His existence denies every truth, every path by which men depend on certain truths, certain experiences, certain simulations of freedom and enjoyment. He is a seducer, a madman, a hoax, a libertine, a fool, a moralist, a sayer of truths, a bearer of all experience, a righteous knave, a prince, a child, an old one, an ascetic, a god. He demonstrates the futility of all things. Therefore, he makes understanding the only possibility. And understanding makes no difference at all. Except it is reality, which was already the case.

Heartless one, Narcissus, friend, loved one, he weeps for you to understand. After all of this, why haven’t you understood? The only thing you have not done is understanding.

You have seen everything, but you do not understand. Therefore, the man of understanding leaps for joy that you have already understood. He looks at the world and sees that every one and every thing has always understood. He sees that there is only understanding. Thus, the man of understanding is constantly happy with you. He is overwhelmed with happiness. He says to you: See how there is only this world of perfect enjoyment, where every one is happy, and every thing is blissful. His heart is always tearful with the endless happiness of the world.

He has grasped it, but no one is interested. He is of interest to no one. He is fascinating. He is unnoticed. Since no one understands, how could they notice him? Because there is only understanding, he is beloved, and no one comes to see him. Because there is only truth, he is likely to become famous. Since there is only joy, he will not be remembered. Because you have already understood, you find it necessary to touch his hand. Since you love so much and are not understood, you find it possible to touch his ears. He smiles at you. You notice it. Everything has already died. This is the other world.