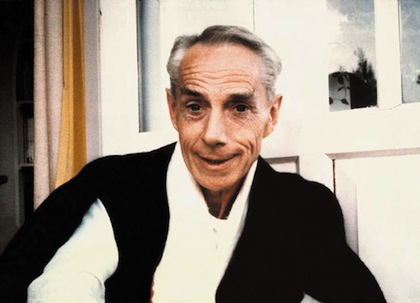 Here comes below a crucial text from Satprem that a friend of mine from Auroville gave me while I spend a whole month there. I can’t resist to share this text in which I see so much force and visionary power. It resonates with the words I share during my conferences on the evolution of our species. The difference? He wrote it in 1969.

This is the time of the Great Sense.

We look to the right or to the left, we build theories, reform our Churches, invent super-machines and we go out in the streets to break the Machine that stifles us – we struggle in the small sense. When the terrestrial ship is sinking, does it matter whether the passengers drown to the right or left, under a flag black or red, or one of celestial blue? Our Churches have already sunk: they are reforming their own dust. Our patriotisms are crushing us, our machines are crushing us, our schools are crushing us, and we build more machines to break out of the Machine. We go to the moon, but we do not know our own heart or our terrestrial destiny. And we want to improve what is – but the time for improvements is past: can one improve rot? – This is the time for SOMETHING ELSE, which is not the same thing with improvements.

But how shall we proceed?

They preach violence to us, or non-violence. But these are two faces of the same Falsehood, the yes and the no of the same impotence: the little saints have gone bankrupt with the rest, and others want to seize power – what power? That of the statesmen? Are we going to fight over the prison keys? Or to build another prison? Or do we really want to get out of it? Power does not spring from the barrel of a gun, neither does freedom flow from the belly of the dead – for thirty million years now we have been building on corpses, on wars, on revolutions. And the drama is enacted over and over again. Perhaps the time has come to build on something else and find the key to true Power?

So let us look at the great Sense.

Here is what the Great Sense tells us:

It tells us that we were born so many million years ago – a molecule, a gene, a bit of quivering bit of plasma – and we have produced a dinosaur, a crab, an ape. Had our eyes stopped half-way along the road, we could have said with good reason (!), that the Baboon was the summit of the creation, and nothing better could be done, except perhaps to improve our simian capacities and create a United Kingdom of Apes… And we may be committing the same error today in our jungle of concrete. We have invented enormous means at the service of microscopic consciousnesses, splendid devices at the service of mediocrity, and still more devices to be cured of the Device. But is man truly the goal of all these millions of years of striving? – The secondary school for all and the washing machine?

The Great Sense, the True Sense, tells us that man is not the end. It is not the triumph of man that we want, not an improved version of the intelligent dwarf – it is another man on the earth, another race in our midst.

‘Man is a transitional being’ Sri Aurobindo said. We are right in the middle of this transition, it is bursting forth on every side: in Biafra, in Israel , in China , on the Boul’Mich. Man is uncomfortable in his skin.

And the Great Sense, the True Sense, tells us that the only thing we can do is to set to work to prepare that other being and collaborate in our own evolution instead of going round in circles in the old dead-end humanhood and grabbing false powers to rule over a false life.

But where is the lever of this Transmutation?
It is within.

There is a Consciousness within, there is a Power within, the very power that strained and strove in the dinosaur, in the crab, in the ape, in man – it strives still, presses farther on, clothes itself in a more and more perfected form as its instrument grows, and creates its own form. If we grasp the lever of that Power, it will create its own form, for it is itself the lever of the Transmutation. Instead of letting evolution unfold through millennia of fruitless, painful attempts and useless deaths and fake revolutions that revolutionize nothing, we can shorten the time, we can make a concentrated evolution – we can be the conscious creators of the New Being.

In truth, it is the time of the Great Adventure. The world is closed, there are no more adventures to be had outside: only robots go to the moon and our frontiers are guarded everywhere – in Rome or in Rangoon , the same functionaries of the great Machine are watching us, punching our cards, checking our faces and searching our pockets – there is no more adventure outside! The Adventure is within – Freedom is within, Space is within, and the transformation of our world by the power of the Spirit. Because, in truth, that Power was always there, supreme, all-powerful, prodding evolution on: it was the hidden Spirit growing to become the Spirit manifest upon earth, and if we have trust, if we want that supreme Power, if we have the courage to descend into our hearts, everything is possible, because God is in us.